It seems that lately our society, and our advertisers, have become intrigued with the notion of “happiness.” How do we define it? How do we acquire it? How do we keep it? And most importantly, how do we promote that our product or service will make people drunk on serotonin and dopamine, the chemicals that are responsible for happiness?
Countless books have popped up on the New York Times best-seller list attempting to answer these questions: “Stumbling Upon Happiness,” by Daniel Gilbert,and both “The Happiness Project,” and “Happier at Home,” by Gretchen Rubin. They all promise greater happiness through better life choices. Personally, I don’t think you should turn “happiness” into a “project,” which makes it seem like a chore, rather than a naturally occurring thought, but that’s just me. However, if you are unhappy in your current life, you do have to put in some effort to change it.
Then came the advertisement: Coca Cola has built an entire campaign around the notion of happiness for years: “Open Happiness.”
Commercial:  http://youtu.be/auNSrt-QOhw 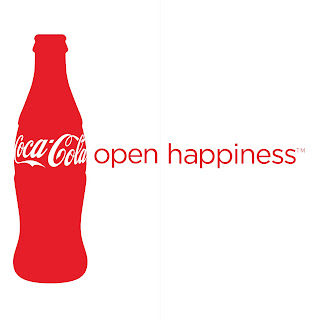 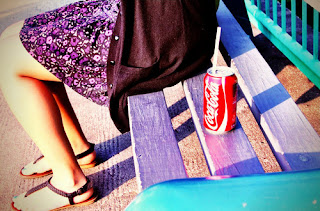 This soft drink company promises us eternal happiness as long as close friends and sugary substances surround us. The creatives at least got the friendship part right. People who have strong social ties tend to be happier people. Americans and advertisers have become fascinated with the concept of happiness.
Then I watched a documentary called “Happiness,” and they featured a woman whose happiness was not a choice, it was an engrained feeling. Her face was run over by a car, and after the tragedy, she said she learned how to find more peace, serenity, and tranquility in her life. She said: “It’s weird to say this, but you could say I am happier now than I was before. I was always so driven, such an overachiever, but now I am more grounded, more centered, more content with myself.”
Doesn’t true happiness come from within? Let’s hope our target demographic never finds out…